About 500 AD., Alpine herdsmen, who ran their cattle on small, widely scattered, rocky pastures, had begun to develop a breed of red and white cattle from the native red Bavarian cattle. These early cattlemen selected animals that could withstand the harsh conditions and still produce meat and milk. Farmers in the highly productive valleys and other lush areas of Bavaria, developed larger, brown and spotted (flecked) breeds of cattle from the same original, native seedstock. The extreme climatic conditions and mountainous grazing of the region have resulted in a breed well known for its exceptional walking ability. Later in history, Pinzgauer attained their present form and color. The designation "Pinzgauer" drives from the "Pinzgau" district in the province of Salzburg, Austria, and appears for the first time in documents of the 1600's.

Horned or Polled, Pinzgauers have pigmented skin under a chestnut red coat and white markings on the back, tail and barrel. They adapt readily and easily to a variety of climates. Eye problems are rare. Smooth hair and firm, flexible skin prevents tick and other insect infestations

Their inherent structural soundness and stamina, their ability to adapt to a variety of environmental conditions, and their quiet dispositions are only a few of the qualities that make Pinzgauers the cattleman's choice in a seedstock or commercial herd situation.

Pinzgauers are considered by many International Animal Scientists to be the "standard for genetic purity". The first four head of Pinzgauer were imported into Canada in September 1972. Austrian Fullbloods were first imported to the USA in 1976. At the end of 1989, there were over 30,000 Fullblood and Purebred Pinzgauers in the United States, giving the cattlemen a world wide genetic base on which to build a Pinzgauer herd. 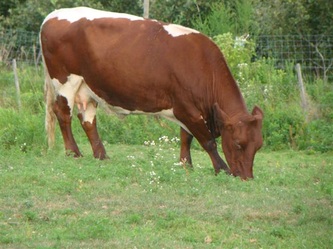 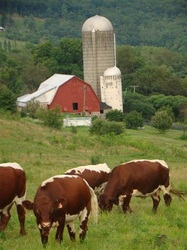 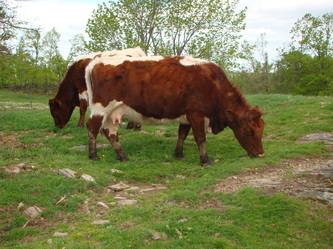 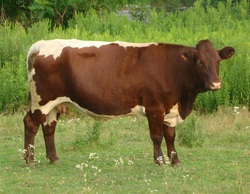 JC is hands down the largest Pinzgauer I own.  Although, she is going to be twelve shortly she still looks like a four or five year old.  She had a really odd calving in 2012 and the vet and I finally pulled a huge bull calf nearly 12 hours after I first saw her in labor.  The calf was lethargic and just plain stupid, he wouldn't suck or nurse and despite tubing him several times in the first few days he never would nurse and died within the week.  Unfortunately, JC did not rebreed in 2013 and we thought she was safe for this summer (2014) but again she came up open.  She is now pregnant for 2015 we hope!  She is so big our vet could not palpate her uterus and had to use an ultrasound to check her.  She was able to see  buttons on the uterus, calling her about 4 months pregnant which just happened to match the breeding date exactly, so we are keeping our fingers crossed.  She is an awesome cow and we just would like to get at least one more calf from her.  She is an American Fullblood sired by HPR Knight's Logan. 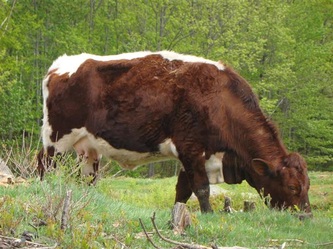 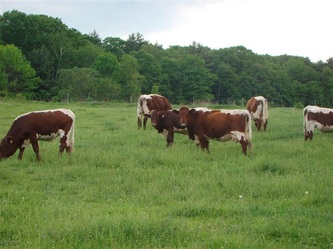 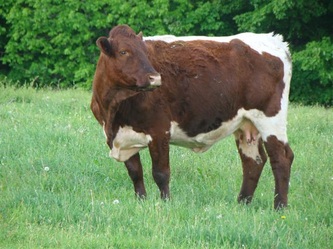 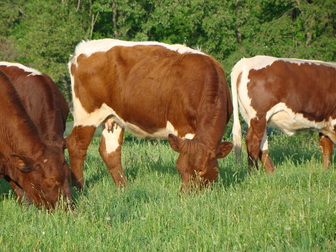 Deb is another of our favorite cows, again being sired by HPR Knight's Logan and she is a Fullblood.  We have a two year old daughter of hers that was our top winning yearling last year and she has a really nice bull calf on her side now.  I have had a number of inquiries about him, but we plan on keeping him through next years show season and will most likely offer him for sale at that time.  She is rebred to Apollo again for 2015. 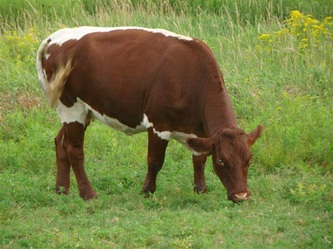 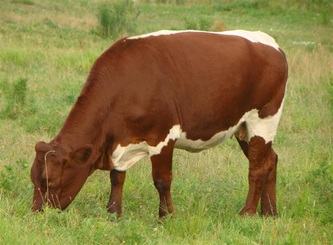 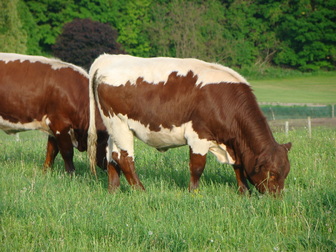 A daughter of JC, she like her dam is large framed and has a beautiful udder.  Her 2012 heifer is the largest of our two year olds and she had recently calved with a well attached udder and lots of milk.  Zona is bred to Apollo for 2015. 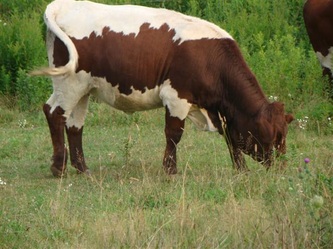 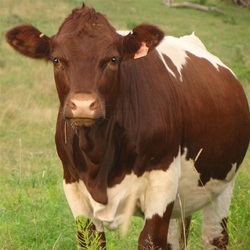 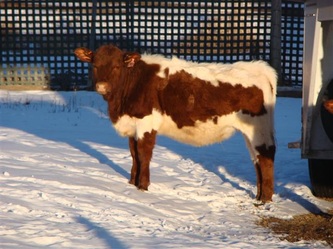 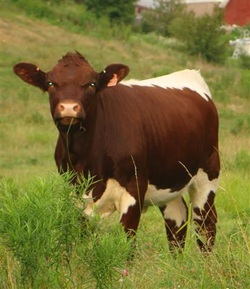 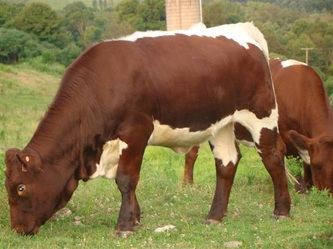 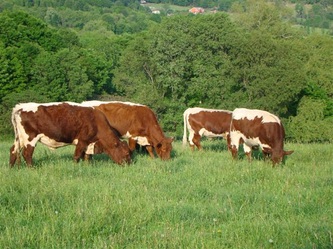 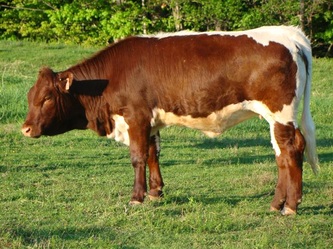 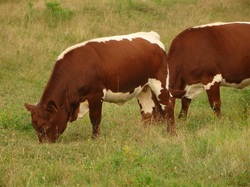 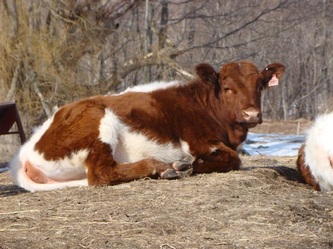 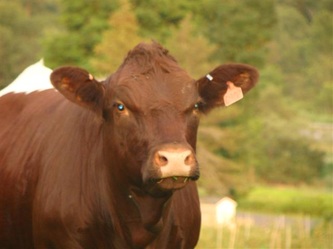 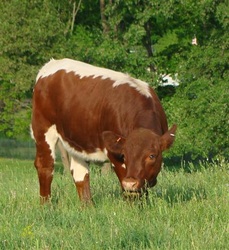