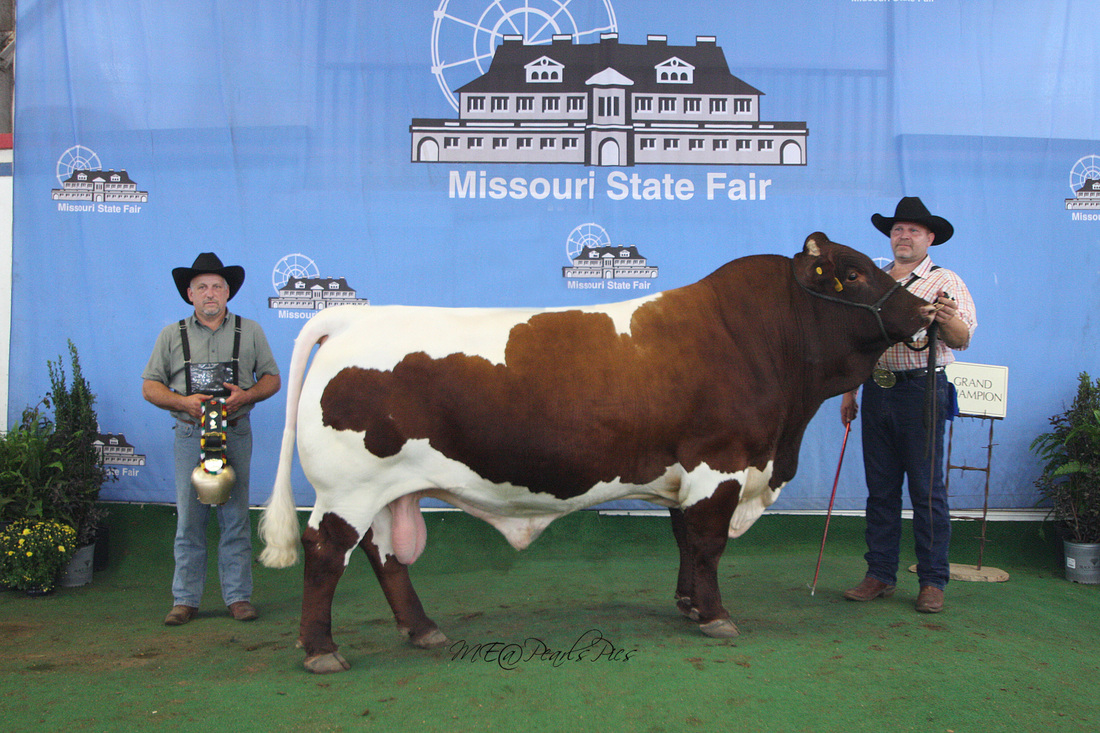 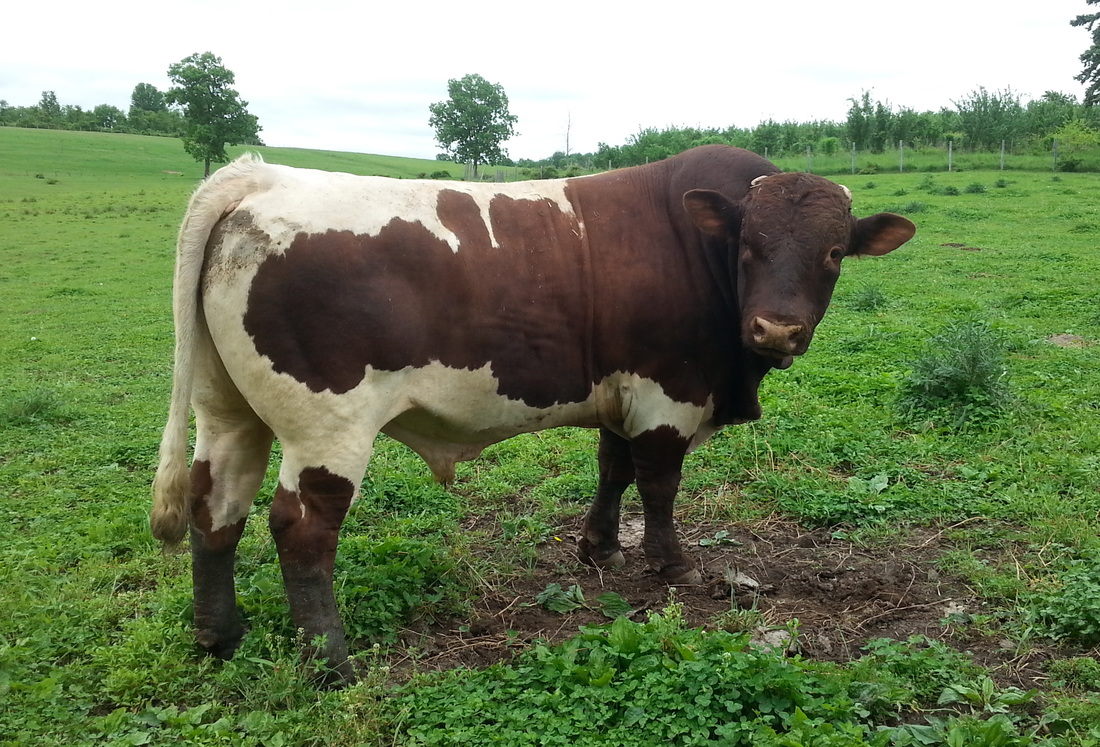 Apollo was purchased from Circle P Pinzgauers in Texas when he was just a yearling.  In a limited show career he did win his class as a calf at the National Show.  He is sired by CPP Hercules and is out of Diamond G-F's Paulette who is a Diamond T G-Force daughter.  We have used him for two calving seasons and the base of our cowherd is bred to him again for 2015.  We are extremely pleased with the calves he has sired, and are really looking forward to what we are going to get from BJ on our Apollo daughters.  Apollo like BJ is easy to handle and work with.  If we need to move him at any time we just walk up to him, slip on a halter and lead him to wherever he needs to go.  We will continue to use him on some of our original cows to repeat some of the more successful breedings.